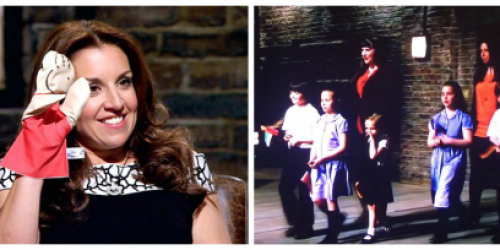 Lingotot appeared in the formidable Dragons' Den earlier this evening (Sunday 5th February 2017) and despite walking away without an investment, its founder, Angela Sterling, is still smiling.

Angela Sterling, who established Lingotot in 2010 and now teaches more than 10,000 children each week through her growing network of franchisees and tutors, appeared on the show in search of the Dragons' support to fuel her ambitious expansion plans.

But, the mum of two, who was supported by a team of Lingotot students who sang to the Dragons in four different languages, walked away without the £50,000 investment she had initially asked for yet armed with encouragement.

Sterling, who spent more than a decade working as a MFL teacher before setting up Lingotot, is looking to expand the languages business beyond UK shores and was hoping to bring one of the dragons on board to support her with her plans.

But the dragons did not share her optimism for international expansion and instead encouraged the entrepreneur to continue to grow her successful UK franchise model and recommended that she enlist the support of a close mentor as opposed to seeking any sort of financial help.

After shedding a few tears in front of the camera, Angela left the den armed with their advice and feeling upbeat and optimistic.

And despite warnings to the contrary, the business woman has gone ahead with her international expansion, last month launching Lingotot Dubai; a dedicated middle-east operation which has an office in Dubai and has already attracted the interest of some of the largest independent school chains in the UAE.

Sterling said: “The Dragons' Den is an experience I will never forget; it was terrifying yet hugely worthwhile and offers so much more than TV entertainment.

“They say hindsight is a great thing, but the Dragons were totally right not to offer me the investment I asked for as it’s not money that the business needs right now.  I entered the den feeling frustrated; I knew the business could be even bigger and better but I didn’t feel fully equipped to take it to the next level on my own. I’ve listened to their advice and have since found the right support to take the business to the next level.

“And yes, in some ways I have gone against their advice when it comes to international expansion plans but the Dragons certainly helped me to establish a much clearer picture of the opportunities and threats of operating Lingotot overseas.  I know that foreign lands are not necessarily paved with gold and the figures that I quoted were not realistic but I can certainly see real opportunities for the business to flourish and I am pursuing a number of different options whilst continuing to grow the successful UK franchise network.”

Lingotot now operates over 40 franchises around the UK together with Lingotot Dubai. The business is working closely with the Government’s Department of International Trade with a view to exporting its successful model to other parts of the globe and its founder is confident that its Dubai operation will be the first of what will soon become a number of international territories for the Co. Durham based company.