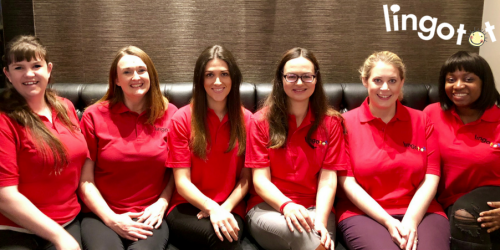 The North East-based firm now has 50 franchises, covering all areas of the UK, bringing new languages to youngsters everywhere

A business that aims to teach youngsters new languages has announced nationwide expansion into new territories, as the modern education provider welcomes five new franchisees to its network.

Over 12,000 pre-school and primary-school children across the country currently take part in fun and engaging Lingotot classes every week, learning a variety of languages including French, German, Spanish, Arabic and Mandarin.

Those numbers are set to increase however, as the language-learning franchise firm started by Angela Sterling in 2010, expands further into Yorkshire, the South East and London.

Consett-based Mrs Sterling, a mum-of-two, originally started Lingotot to help combine family life with her passion for teaching, as well as realise her ambition to develop a new business.

Prior to Lingotot, Mrs Sterling acted as head of primary languages in schools in the UK and overseas but recognised a gap in the sector for more interactive and fun classes aimed at helping younger children become more engaged in modern languages.

After successfully delivering Lingotot services to schools and parents throughout the North East, the business has grown via a franchisee network of 50 individuals covering 73 territories throughout the UK and employing a further 56 members of staff.

Mrs Sterling said: “2018 has started with a real bang for Lingotot with five new franchisees.

“We now have over 100 franchisees and tutors delivering our accredited yet fun language programmes to thousands of children each and every week.

“It’s an exciting time for Lingotot and we anticipate that the increase in our franchise network will also bring new opportunities to the team as the demand for effective and engaging modern language education develops in schools and homes throughout the country.”