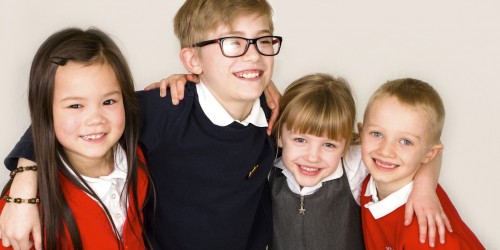 This was first publised on our previous website on 29.04.16

Lingotot, the nation-wide modern foreign language education provider, has become the first organisation of its kind to receive official accreditation for its courses within primary schools. Lingotot's bespoke languages qualifications for primary school children are accredited by NCFE. They are benchmarked at entry level, one step before GCSE which sets children on the right path for progression in language learning. This is a first for the UK.

Since modern foreign languages were made compulsory for all KS2 pupils across England and Wales, primary schools, who often have no foreign language expertise, have increasingly turned to external providers to deliver their MFL programmes.  However to date, students successfully completing such programmes have been unable to receive formal recognition for their achievements.

The Lingotot qualifications, which have been benchmarked at entry level 1,2 and 3 has been welcomed by primary schools across the country who can now officially recognise the efforts and achievements of their pupils.

Joanne Shaw, head teacher at Catchgate Primary School in Stanley, County Durham said: “Since the government made MFL a compulsory part of the KS2 curriculum, many primary schools have struggled to deliver without specialist support.  We made the decision to enlist the support of dedicated language teachers who not only have a knowledge of the language they are teaching but understand exactly how to engage primary school children in learning a foreign language.  Without a doubt this has had a real impact and our children are making huge progress.  It is great that their efforts can now be officially recognised.”

Angela Sterling, former foreign languages teacher and founder of Lingotot added: “This is great news for the teaching of MFL in primary schools.  If the government is serious about engaging children at a younger age – which language professionals fully endorse – it is essential that there is an obvious pathway for progression.

“Having official accreditation for our courses will help secondary schools to ensure progression continues from the outset which will go a long way to fulfilling the government’s pledge to make MFL a priority.”

NCFE is the UK’s longest established awarding body and is respected for its professionalism and quality.

Christine Paxton, Head of Accreditation and Employer Services at NCFE, said: “We’re pleased to have accredited Lingotot’s modern foreign language programme for primary schools and we’re looking forward to working with them. It’s great news for pupils – for the first time they’ll receive formal, external recognition of their achievements. Learning modern foreign languages at a young age is important and Lingotot will help many primary schools to deliver high quality MFL programmes, so we’re delighted to be able to support this by providing recognition to those who complete these courses.”
​
Established in 2010 in the north east, Lingotot now engages with more than 15,000 pre-school and primary-school children across the country each week, learning a variety of languages including French, German, Spanish, Italian, Arabic, Welsh, EFL and Mandarin.