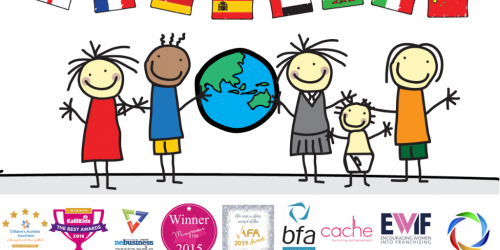 Lingotot has condemned the recent news that some schools may scrap languages altogether due to teacher shortages.

According to a Department for Education audit of foreign language provision, some secondary schools say they will be forced to reduce pupils’ access to foreign languages due to difficulties recruiting qualified teachers. The audit examined 55 per cent of the State’s post-primary schools during the 2017/18 school year.

One school commented, “Finding teachers who have fluency in languages is a major challenge for us and has reached crisis point [...] We have concerns that if this trend continues we may have to consider making the language optional.”

Another stated: “We struggled to recruit French teachers in the past and find it almost impossible to source substitute language teachers throughout the year. This is a crisis waiting to happen.”

The report also notes the supply of newly-qualified teachers in languages has dropped dramatically.

Sofia Colás, owner of Lingotot Ireland, has condemned the proposal as a “backwards step for languages education in Ireland”.

She said, “This is extremely disappointing to hear, especially since the Education Department’s foreign languages strategy, published in 2017, aims to put Ireland in the top 10 countries in Europe for the teaching and learning of foreign languages.”

She continued, “It is clear that a lack of teacher recruitment stems from a lack of good quality language graduates. We need to boost the numbers of young people learning languages by making them relevant, accessible and fun. That’s exactly what we do at Lingotot - fostering a life-long love of languages by enthusing our students through our innovative language programmes for children aged 0-12.”

These trends signify language learning is at “crisis point” and will be of particular concern to policymakers who want to boost foreign language provision following the UK’s decision to leave the European Union.

To find out more about Lingotot language classes for children or franchising in Ireland, visit www.lingotot.com/ie