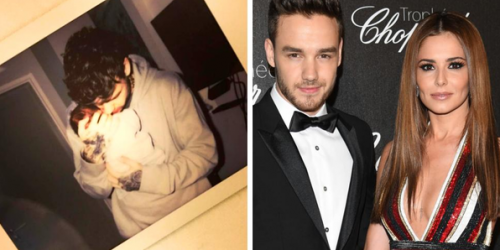 Liam said that he and his girlfriend, Cheryl Tweedy, would like Bear to be bi-lingual and have been teaching him the language using toys. Liam says: “He has toys that play Spanish. He was bouncing around, it was counting Spanish. I was learning Spanish myself!”

Angela Sterling, founder of children’s language business, Lingotot, praised the couple: “I am delighted to hear that this young couple are teaching their son a second language! The benefits are vast and research suggests that children who know two languages can gain an academic advantage over those who speak only one!”

Lingotot is a multi-award winning languages programme being delivered to thousands of children across the UK each week. They run fun, interactive classes, through community groups, nurseries and schools, teaching languages such as Spanish, French, German, ESL, Mandarin and Arabic.

Bear joins a growing number of youngsters learning a second language, including Sam Faiers’ son, Paul, who learnt Spanish with Lingotot after appearing on ITV Be series, The Mummy Diaries.

Angela continues: “It is fantastic that such a high profile celebrity couple have recognised the importance of language learning and how it can enrich young Bear’s life. I hope this sends out the message that you don’t need to wait until they are older. Younger children really do have the advantage when it comes to language learning, and I wish Bear and his family the very best of luck with their Spanish!”

Linguist experts say that between birth and five years of age, the human brain is hard wired for learning multiple languages and after this age it becomes much harder. Babies under the age of two can pick up a language with ease, their brains are like sponges and they spend their entire time listening ready to mimic what they have heard once they can produce sounds.