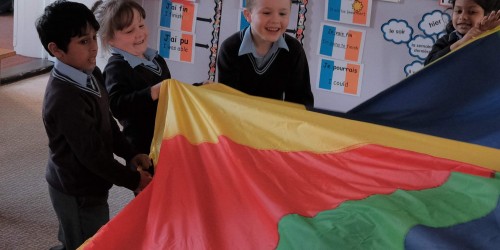 Teenagers are finding foreign languages so stressful that they are being medically signed off from the classes according to Rob Campbell, NAHT’s chair of the secondary council. NAHT is the National Association of Headteachers and Mr Campbell was speaking at their annual conference.

He said, "Pupils are coming to school with a GP’s note explaining that they must be excused from learning languages because it is causing them extreme anxiety"

He continued "Schools find that children studying GCSEs get predicted grades and it can be common that the weaker subject of their's is languages.” he said. "Rather than “face the prospect of doing badly”, parents put “considerable pressure” on schools to withdraw their children from the classes by producing a doctor’s note.

This is despite an increased emphasis on languages on the secondary curriculum. In order to achieve the English Baccalaureate - known as the EBacc - students must obtain five A*-C or numeric 4-9 grades in maths, English, the sciences, history or geography, and a modern foreign language (MFL).

The Government has set a target for 90 per cent of pupils to enter the Ebacc, and Ofsted is proposing to inspect schools on how they are planning to meet this.

Parents producing doctors’ notes as a way to get their children out of language classes is an increasingly common occurrence and effectively means is that schools cannot make their Ebacc targets because the children are getting medically disapplied.

A DfE spokesman said: “Language teaching, just like any other subject at school, is not designed to be stressful – we have removed incentives for multiple resits at GCSE, helping to reduce the burden on young people studying for their exams. Schools should encourage their pupils to work hard and achieve well without this being at the expense of their wellbeing.”

At Lingotot we believe that this reinforces the importance of MFL lessons at primary school age. Young children are very enthusiastic and love learning foreign languages. They find it fun and they enjoy discovering new worlds and new ways of saying things. They have few inhibitions and are confident to have a go at speaking in the new language.

The Lingotot Method introduces children to a new language through interactive and multi-sensory activities, designed to be fun for the children yet based on sound educational research and practice. It also sets youngsters on the pathway to success at secondary school with the only primary languages qualifications in the UK.